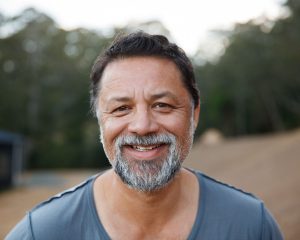 David Nobay’s 30 year career in advertising has put him in the Creative Director’s hotseat in Hong Kong, London, New York, San Francisco, Melbourne and, for over a decade, Sydney.

In that time, his creative contributions to the industry have been well documented:

In 2001, Archive Magazine ranked him amongst their top ten copywriters of the last millennium. Under his creative watch, Saatchi & Saatchi Sydney was crowned “The Australian Agency of the Decade”. In 2005, Campaign Brief magazine ranked him the “No.1 most awarded Executive Creative Director in Australasia”. In 2008, he was asked by David Droga to launch his first office outside New York. Droga5 Sydney was named “Agency of the Year” by B&T Magazine in 2009. In 2010, AdAge recognised him as the only Australian-based inclusion in their  “Global Top 50 Creative Thinkers”.

In 2016, he launched Marcel Sydney and joined the Publicis Global Creative Board.

His distractions outside advertising include writing his first stage play, “Moving Parts” which was staged at Sydney’s prestigious NIDA Theatre and directed by Steve Rogers.

David Nobay is married, with three children (ranging from 4 years to 23 years!) and lives between Sydney the Southern Highlands.