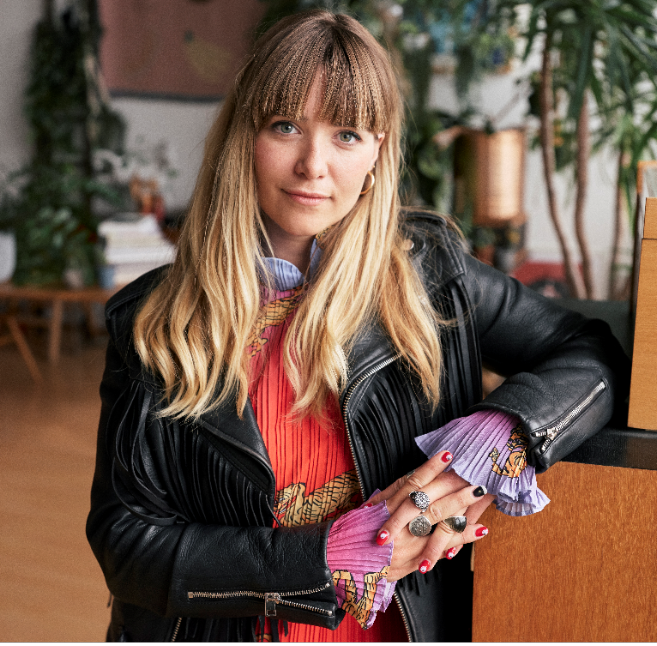 Nadja Lossgott, together with her partner Nicholas Hulley, is the Executive Creative Director of AMV BBDO. They have created and creative directed genre-bending, culture-shaping work that has won multiple Cannes Grand Prix’s and Titaniums.

They are the proud owners of a D&AD Black Pencil and have work displayed in the permanent collections of the British Museum and the Design Museum.

Nadja and Nick created both #Bloodnormal and #Wombstories for Bodyform/Libresse. The global campaigns continue to break down decades of toxic shame. #Bloodnormal was the first ad in history to show the truth of period blood instead of weird blue liquid.

The creative directed The Trash Isles in partnership with LadBible and the Plastic Oceans Foundation, declaring the pacific garbage patch an official country.
From writing the influential Guinness Sapeurs film and documentary, they now also run the account globally.