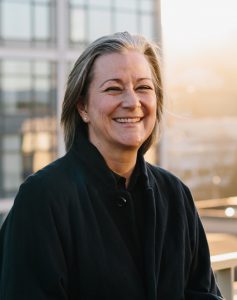 Colleen leads W+K’s eight offices global network with her partner, Tom Blessington. For more than three decades, the fiercely independent shop has been telling beautiful, provocative stories and setting the bar for creativity. Colleen is helping lead the vision for the future, tasked with protecting the legacy while redefining the agency’s creative offerings in an ever-changing media landscape.

Colleen joined the agency in 2013 and became a partner in 2014. In May of 2017, she was named one of Fast Company’s 100 Most Creative People in Business, a testament to her creative leadership.

Before W+K, Colleen founded and served as CCO at Socialistic, one of the very first social media content and design shops. Socialistic won coveted accounts such as Red Bull and Fast Company, two of the leading content marketers in the world, and also led work for Showtime and General Electric.

Prior to founding Socialistic, Colleen was the first chief digital officer for TBWA Worldwide, setting the network’s global digital strategy and leading innovative branding efforts for Adidas and Pepsi. Her career has also included the roles of chief experience officer at JWT New York and chief creative officer at Organic, where she led creative on Chrysler, Jeep and Dodge.