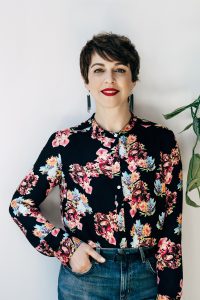 Jaime Robinson is the co-Founder and Chief Creative Officer of Joan, a New York City-based creative agency whose clients include General Mills, Netflix, Booking.com, and adidas.

Before launching Joan in 2016, Jaime served as Executive Creative Director of Wieden+Kennedy, New York, helping to shape work for Delta Air Lines, Clinique and Equinox, among others. Prior to W+K, Jaime played a crucial role in building Pereira & O’Dell’s creative department as VP, Executive Creative Director. While there, Jaime led development for Intel/Toshiba’s “The Beauty Inside” campaign, which won numerous awards including an entertainment Emmy for “Outstanding New Approach,” and the Grand Prix in Cyber, Film, and Branded Content at the Cannes Lions International Festival of Creativity.

Jaime was recently named one of Adweek’s “50 Creatives Whose Brilliant Ideas and Beautiful Craft Will Make You Jealous”. Her unique approach to creativity and marketing has earned her a spot on Fast Company’s “100 Most Creative People in Business” and Ad Age’s “40 Under 40”. In 2014, she served as Jury President for Mobile at the Cannes Lions International Festival of Creativity.