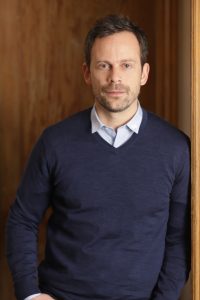 Javier Campopiano, Partner & CCO of FCB Mexico, began his advertising career in 1997, as co-owner of a small design and communication studio in Buenos Aires.

His desire to flourish in the industry led him to seek bigger clients and opportunities that would enable him to collaborate with local, regional and global brands.  He held key creative positions in agencies such as: Ogilvy, JWT, Del Campo Nazca Saatchi & Saatchi and DraftFCB in Buenos Aires.

Javier is from Argentina and before joining FCB Mexico, he worked for Saatchi & Saatchi New York as CCO since 2016, after having headed the creative management for Saatchi & Saatchi’s Multi-Cultural Agency – Conill Saatchi & Saatchi and Saatchi & Saatchi Latin America – based in Miami. During his tenure at Saatchi, Campopiano was recognized for having rekindled the creative reputation of the network in the United States, as he developed the most awarded projects for clients such as: Toyota, Walmart, Tide, Crest, Head & Shoulders, Pampers, NDSS, USAA and T-Mobile. He was the mastermind behind the outstanding campaigns for Tide during the Super Bowl: “Bradshaw Stain” and “It’s a Tide Ad,” as well as “The Receipt” and “The Box” for Walmart at the Oscars Academy Awards. In 2017, he took Saatchi NY to one of its best years in history, in Cannes with 13 Lions – five gold. –

Javier is a multi-cultural creative leader with over 20 years of career. His recent work for “It’s a Tide Ad” at the Super Bowl gave him the Grand Prix de film, one Titanium y 5 Gold Lions at Cannes Lions 2018. Thanks to this campaign, he also received the Black Pencil honor at D & AD. He is the proud recipient of more than 45 Lions at Cannes, including a Gran Prix for Outdoor, several Gold, Silver and Bronze awards at Clio, LIA, ANA, The One Show, D & AD, El Círculo de Creativos Argentinos, FIAP, El Sol and El Ojo de Iberoamérica. He has been member of the jury at Cannes, Clio, The New York Festivals, El Sol, Wave, FIAP, El Ojo de Iberoamérica, Festival de Antigua and has been president of the jury for OHH at El Círculo de Creativos Argentinos.