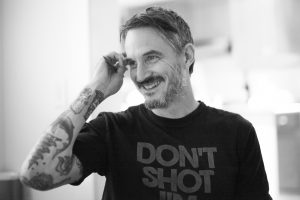 His plans to rebuild the Death Star on temporary hold, this chief creative officer of fallon Worldwide hopes: 1. his ambient dislike of advertising has bettered his own work; and 2. that no one will mind him not having fulfilled his imagined potential as a world-champion surfer.

Jeff created Dos Equis’s “The Most Interesting Man in the World,” rubber-stamped Nike’s “Write the Future” campaign and authored the Miller High Life manifesto and campaign that still forms the playbook for many strategists, agencies, and brands. Recently he gave Arby’s The Meats, bade fond farewell to Arby’s nemesis Jon Stewart, helped America get its billions back, and helped Loctite win advertising’s 2014 Super Bowl.

In his fourteen-hundred thirty-seven-thousand years in the business, Kling has quarterbacked national and global work for Heineken, Coca-Cola, Jaguar, EA, Nokia, Volvo, Honda, The Eye Film Institute Netherlands, Miller Genuine Draft, ESPN, Clearasil, Gore-Tex and many, many more—and for a host of dead dot-coms, for whose busted first-wave bubble he is personally responsible.

Father to two semi-Austrian daughters who karate-kick the bejeezus out of every day and tell him no in three languages, he is possibly the luckiest bastard alive.