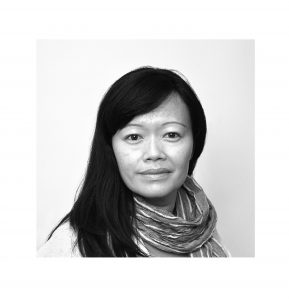 Judy began her career as a copywriter, honing her craft at agencies ranging from small independent shops to large multinationals to running her own company before joining Leo Burnett Toronto as Chief Creative Officer. In 2011, she added the CEO title for Canada, and in 2016 added the CCO title for North America.

Under her direction, Leo Burnett Toronto has been recognized nationally and globally, winning at virtually every show. Highlights include: the first-ever Digital Black Pencil at D&AD and the most awarded billboard campaign in the world in 2009. In 2015, she won a second Black Pencil at D&AD, Titanium, Grand Prix and Glass Lion at Cannes, the Emmy for Outstanding Commercial and Always #LikeaAGirl was named by CBS as one of the top three Super Bowl Commercials of all time. Leo Burnett Toronto has ranked #1 Agency in Canada for the last three years in The Gunn Report and named Design Agency of the Year the last four years between the ADCC and Strategy Magazine.

In 2016, Judy was named Marketer of the Year by the Canadian Marketing Association, the first agency person to win the award. Judy ranked the #1 CCO in the world in Advertising Age’s Awards Report 2015 and was named to Business Insider’s 30 Most Creative People in Advertising. She was also named to Advertising Age’s Creativity50 2014: The Most Creative People of the Year. Along the way, she’s judged top international awards shows including chairing juries at Cannes, The Clios, ADC and D&AD in the upcoming year.

In 2016, she joined the Board of Directors of The One Club and The Women’s College Hospital Foundation.

Everything from Judy’s work ethic to her management style, she learned from years of waiting tables and packing take-out orders at her parents’ restaurant.