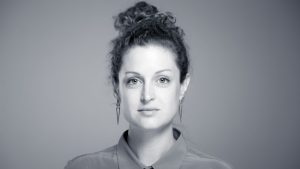 Recognized as one of Business Insider’s Most Creative Women in Advertising and Adweek Creative 100’s “Top Creative Leaders Whose Ads are Breaking Through Into Culture,” Karen Land Short is an award-winning creative leader with extensive experience in building brands of influence through purpose-driven creativity and innovation.

Throughout her career, Karen’s work has been recognized by top award shows including the ANDYs, One Show, D&AD, Art Director’s Club, the Clios, the Effies, Webby’s and Cannes Lions, where she’s been awarded a Titanium Lion and the first ever Glass Lion. Her campaign for Under Armour was honored by the United Nations and named to Wall Street Journal’s top ten moments in art and sports for 2014. Karen has judged the One Show, Cannes, AICP, Best Ads, and more.

After spending the beginning of her career at Goodby, Silverstein & Partners in San Francisco making work for lauded brands like got milk?, Haagen-Dazs, Doritos, Kayak.com and HP, she moved to New York and started at Droga5. Since then, she’s created influential campaigns for Prudential, Newcastle Brown Ale, Under Armour, the Clinton Foundation, Hillary for America, the YMCA, the National Women’s Law Center, Chase, CoverGirl and more.

Karen believes in creativity as a force for good. She’s helped lead Potential Energy, a coalition of marketers committed to motivating action on climate change, and consulted with Youth v Gov, a group of kids suing the U.S. government over climate change. She’s also spearheaded multiple projects promoting gender equality, including around issues of equal pay, reproductive rights, and mentorship.

A native of Austin, Texas, Karen now lives in Brooklyn with her husband and daughter.